You can prepay to reserve your copy and  pick it up during the exhibition reception and book launch at the Gladstone Hotel on June 25th, 2014, or pre-order a book which will be shipped on Wednesday, July 8th, 2015.

Past volumes are also available here. 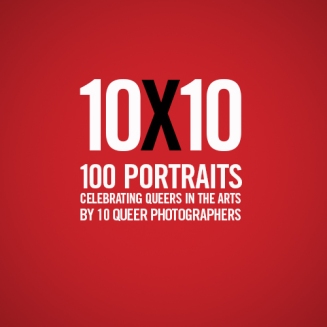 You can prepay and reserve your copy to pick up during the exhibition reception and book launch at the Gladstone Hotel on June 26th, 2014, or pre-order a book which will be shipped on Wednesday, July 3rd, 2014. 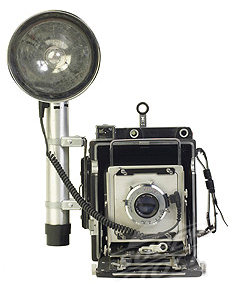 Do you know an LGBTI Canadian in the arts who should be photographed for 10X10? We’ve added a nomination page for you to submit names! Submit as many people as you’d like. Submissions are accepted on an ongoing bases and will be updated monthly.

The 10×10 exhibition, curated by James Fowler, returns to the historic Gladstone Hotel for the third year and will run June 6th to July 27th with an opening reception Thursday, June 26th, 2014 along with the Gladstone’s annual That’s So Gay exhibition. Canadian designer Chris Moore returns this year to edit the 10×10 book which is printed by Peel Graphics in Canada. Pre-sales for the book will be available in May.

The 2013 limited edition book is available for pre-orderonline now. Click the link below to purchase with a credit card or PayPal account.

10x10 is please to have the following photographers join the project for the 2013 edition:

Each photographer was selected based on their  approach to portraiture, their professional experience and background as a photographer. We look forward to seeing their portraits at the Gladstone Hotel in June.

To read more about each photographer please see the 2013 Photographers section.

10x10 has partnered with the INSPIRE Awards and the Canadian Lesbian and Gay Archives to create the Lux Award. Named after a unit of light, the Lux Award is given posthumously to an LGBTQ Canadian who has made a significant contribution to the arts in their lifetime.

Nominations are open now on the INSPIRE Awards website.

The 2012 edition is now available online! Click the link below to purchase with a credit card or PayPal account.

Come Have Brunch With The Photographers!

We are hosting ‘Brunch with the Photographers’ at The Gladstone Hotel. Come for brunch at noon, followed by a panel discussion with the 2012 photographers at 1pm. The discussion, aimed at the nexus of queer culture and the nature of portraiture, will be moderated by Steph Rogerson.

We are happy to announce The 10X10 Photography Project has found a new home. This years exhibition will be on the 2nd floor of the Gladstone Hotel, 1214 Queen Street West, Toronto. The exhibition runs June 20 June to July 16, 2012 Opening reception is Thursday, June 28, 2012, 7-11 pm with a party to follow.

The 10X10 Photography Project exhibition will run concurrently with the That’s So Gay annual exhibition curated by Sholem Krishtalka.

This year’s photographer will each take portraits of 10 different LGBTQ Canadians who have contributed to the arts for a total of 100 portraits. These photographers each bring something unique in style and background to the project and we are looking forward to thier portraits being included in this years June exhibition. Full photographer profiles are available here.

Here’s what people have said about 10X10: