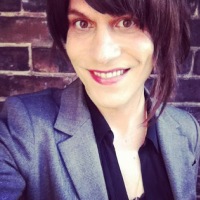 SOPHIA BANKS
Sophia Banks is a Toronto based photographer. She began her photography career as a photo assistant and then worked in many areas of photography from commercial work to weddings and fine art. Sophia’s fine art photography is represented by galleries in Toronto and Europe. In 2012 Sophia came out as transgender and began ‘transition’. After a brief hiatus from photography, Sophia has changed the path if her career to more personal photography. She is currently working on a series of photographs exploring the beauty and diversity of trans bodies outside of cisnormative concepts of attractiveness and norms.
sophiabanksphoto.com 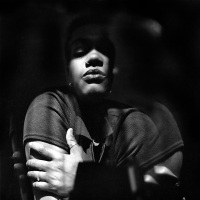 SAMANTHA BLANCHETTE
Samantha believes that within the ordinary lies…the extraordinary. She is moved by shadow/light, all the shades in between, the emotionally exchange betwixt photographer, subject and viewer. She has shown in Toronto, Winnipeg & Vancouver and participated in group exhibitions like “Blurring the Line” as artist and co-curator. Her work also been published in various periodicals.
samanthablanchette.com 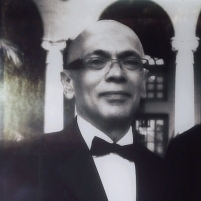 RUSSELL BROHIER
Russell is a founding member of the DK Photo Group who are the feature photographer on the Bravo series PhotoXplorers. He was the Executive Director of the Artists’ Network and a founder of Hang Man Gallery. He is also an instructor of sociology at the University of Toronto. His academic credentials were obtained specializing in visual sociology and cultural studies. Russell has extensive curatorial, and arts programming experience, and has held positions of several boards of directors of arts organizations and artist run centres. Russell has exhibited nationally and internationally, with work in several private and corporate collections, and his images have been featured in several publications.
russellbrohier.com 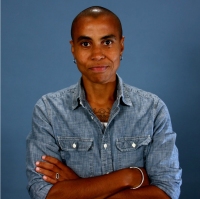 MICHÈLE PEARSON CLARKE
Michèle Pearson Clarke is a Trinidad-born media artist working predominantly in photography, film and video. Using archival, performative and process-oriented strategies, her work explores queer and diasporic longing and loss. Michèle has served on the board of directors for the Inside Out LGBT Film and Video Festival and Trinity Square Video, and she was a jury member for the Ontario Association of Art Galleries annual awards in 2010. Currently Michèle is on the boards of the Feminist Art Gallery and Gallery 44, and she is pursuing an MFA in Documentary Media Studies at Ryerson University in Toronto.
michelepearsonclarke.com 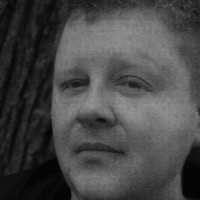 GEORGE O. DEWITTE
George Dewitte is a Toronto based metis artist who works in the mediums of painting, sculpture, drawing and photographic arts. His works have featured in periodicals such as Sculpture Magazine, Time, and Art in America. Dewitte has exhibited many images at the LACDA, and White Concepts in Berlin. Other projects incude SkyscapesTO, a contextual examination of color, light and weather spanning three years, culminating in a multimedia installation, film and book project. His work is in the collection of various banking institutions and corporations.
savagejargon.com 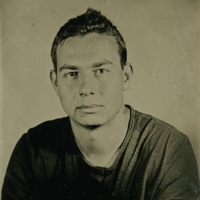 CALLAN FIELD
Callan Field is a Toronto based visual artist, and studied environmental science before completing his BFA at Ryerson University. While his primary medium is photography, his work has expanded to include film, video and installation. An analytical individual, his work is driven by research, experimentation and a desire to understand the world around him. His photographs have been exhibited in multiple exhibitions internationally and locally, with a solo exhibition at the IMA Gallery in 2014. Recently, he was selected to be part of The Peel, a documentary that follows six artists as they canoe into the Arctic Circle through the Peel River Watershed of the Yukon and Northwest Territories.
callanfield.com 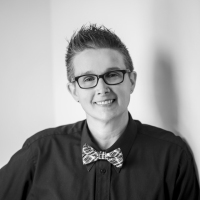 KELLY KYLE
Kelly Kyle is a Toronto based Photographer, Conservation Picture Framer and Gallerist. The early stages of her career as a visual artist began by receiving a diploma in Art and Design at Niagara College and later a BFA at The Nova Scotia College of Art and Design (NSCAD) in1994. After graduating NSCAD, Kyle went on to continue pursuing photography. Her photographic work focuses on architecture and negative spaces and a style of shooting follows a Tibetan philosophy called “Miksang”. The underpinning of this philosophy and Kyle’s images reflect being present in the moment, a mindful contemplation. Kyle’s background also possesses over 25 years of custom picture framing. In 2003, Kelly acquired formal training at the International Picture Framing School. Her framing talents have allowed her to work for many prominent artists, dignitaries and was honoured to frame the images for his Holiness the Dalai Lama’s private residence during his visit to Toronto in 2010. Kelly is passionate about all aspects of fine art, photography and design and merges that love with her framing practice.
akashaart.com 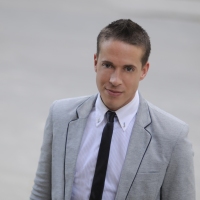 MICHAEL PIHACH
Michael Pihach has been taking photographs of people since he found a dusty 35mm camera in his parent’s basement when he was 10-years-old.  By sixth grade, Michael had started his elementary school’s first school newspaper, The Classroom, a passion project that kick-started what would become a fun and fulfilling career in media for years to come. He has worked as a full-time editor, writer and photographer for Toronto’s fab, Xtra and IN magazines, as well as 2B magazine in Montreal. Michael currently works as a TV producer at CBC Television’s Steven and Chris show in Toronto.
michaelpihach 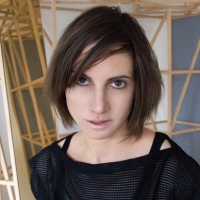 JADE RUDE
Jade Rude is a Canadian artist working in a variety of media including sculptural installation, photography and video. Through a variety of perception-shifting tactics she aims to disrupt our familiar responses to certain objects and reconsider of our relationship to the material world. Rude’s strategies are deliberately playful even though they test the very boundaries between visual perception and physical presence. Rude studied social theory in Norway, art and design in England and graduated from the Alberta College of Art. In addition to Canada, including a group show at MOCCA, she have exhibited in the US, England, Japan, Australia, Columbia and at MAMBA in Buenos Aires. She has recently completed a residency in a NYC.
jaderude.com

ZAHRA SIDDIQUI
Zahra Siddiqui is a Scarborough born, Toronto based photographer. Her work features intimate portraiture back dropped by organic settings, cityscapes and nature. Siddiqui photographs with the aim of bringing out softness in her subjects. Using natural light, her work creates a balance between subject and setting. Hailing from a close knit family, transplanted to Toronto, by way of Pakistan, Siddiqui was immersed in a creative environment, bound together by spirituality and compassion. Siddiqui works closely with artists, capturing their craft and performance, quiet moments in the chaos. She is a graduate of the My City, My Story artist residency and has had her work featured in numerous publications including Shameless Magazine, NOW Magazine and XTRA. Her work has been exhibited in solo and group shows, most notably Siddiqui x 60 MINUTES, STUDIO BAR Toronto, 2014, and SIDDIQUI X JAH GREY, Tequila Bookworm Toronto, 2012. Her style is raw and uncoerced, binding together both a practice and process of mindfulness.
sightandvision