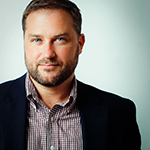 PASCAL ARSENEAU
Born on the remote Magdalen Islands, Pascal Arseneau is an award winning photographer whose images have been featured in publications such as The Boston Globe, The National Post, Fodor’s Travel Guides and Islands Magazine. He has illustrated 4 books including his most recent Queen Street – Toronto’s Urban Treasure, with fellow photographer George Fischer and writer Christopher Hume. He has trained with American portrait photographer Greg Gorman, and studied at the Santa Fe Photography and Digital Imaging Workshops. His photographic style is shaped by a never ending search for the color of light, and the resulting images aim to celebrate the tension between light and shadows, and in the process, reveal something new about the subject. He currently works for a French-language educational media agency based in Toronto, where he oversees the production of promotional videos, one of which was featured on the Today Show (NBC) in 2013.
pascalarseneau

MICHAEL CHAMBERS
Michael Chambers has been published and exhibited internationally. As a speaker, Chambers has inspired and motivated artists and art enthusiasts at numerous venues such as the Royal Ontario Museum and the Art Gallery of Ontario. With several award winning films and television credits, he was also the subject of Anton Wagner’s biographical documentary for CBC, The Photographer – An Artist’s Journey and more recently a PBS special Through A Lens Darkly. A graduate of Toronto’s York University, Chambers has received several awards for his outstanding work. Most recently he was the recipient of the 2010 Harry Jerome Award for his contributions in art and entertainment. His fascinating insight that defies conventional thinking has only propelled Chambers into the greater international arena to showcase his work. The request of Chambers work has increased among private collectors worldwide as he continues to mentor aspiring creative talent locally and abroad.
mchambers.smugmug.com 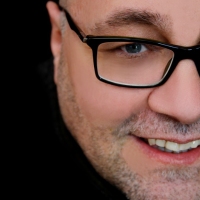 CHRISTOPHER CUSHMAN
Christopher Cushman was born and raised in Detroit Michigan. Growing up in Detroit in the 60’s and 70’s gave him a unique perspective on people, which is central to and has informed his work to this day. He received his degree in Design and Illustration from Ferris State University. He began his career in photography during the 80’s, attracted to portraiture as a means to understand the human condition. Christopher has had showings at galleries in Detroit and at the Art Gallery of Ontario (AGO) in Toronto and has been extensively published. Christopher has specialized in a few areas including Dance photography, Portraiture and Documentary. He has photographed dancers from Alvin Ailey, and Garth Fagan in New York as well as Toronto’s Ballet Creole.  He has published a book on Dance in 2008 entitled “Dance Through Life” with Kevin A. Ormsby and is an active member on the board of KasheDance. Christopher is working on two new volumes or work. The first chronicles the nascent Toronto Ball Scene called Ovahness! The second is a long term documentary piece entitled FIERCE! Being Black, Being Gay. Christopher has resided in Toronto for more than fifteen years.
epiphanynoir.com

Evergon’s work represents a thirty-five year international career as an instructor and as an artist/photographer imaging primarily, but not exclusively, gay male culture. Concerned with technology, past and present, his early photographs explored non-silver processes and electrostatic works. These were followed by instant imaging photographs that culminated with 1 meter x 2 meters colour Polaroid prints. In the 1990’s, there were primarily two bodies of work from press cameras. The first was a fabricated document of ‘Ramboys: a Bookless Novel‘ finalized as large silver gelatin prints. The other was documented fiction/action within ‘Manscapes‘ – male-to-male cruising grounds completed in various modes of digital imaging. In the last five years, Evergon’s works include larger-than-life nudes of his Mother, ‘Margaret & I’ and a selection of images gleaned from his lifetime trove of memorabilia accompanied with self-portraits, ‘Chez Moi: Domestic Content’.
evergon.ca 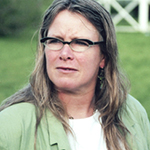 APRIL KICKOX
April Hickox is a lens based artist, teacher and independent curator who lives on the Toronto Islands.  April work is based in narratives, with a broad range of approaches to subject, with an affinity to landscape, encompassing history, memory, and site. She has produced work in various media including photography, film, video and installation.
Supported by all levels of funding throughout her career she has exhibited nationally and internationally. An active community leader, the founding director of Gallery 44 Center For Contemporary Photography, and a founding member of Tenth Muse Studio, and Artscape. She is a member of the curatorial committee Art with Heart a fundraiser for Casey House. April is currently associate professor of photography at the Ontario College of Art and Design University (OCADU) in Toronto. Notable exhibitions include the, Harbourfrount Centre, Winnipeg Art Gallery, The Maclaren Art Centre, The Oakville Galleries, Tom Thompson Memorial Art Gallery and the Canadian Museum of Contemporary Photography. April’s work is represented by Katszman Contempory in Toronto.
aprilhickox.com

MARNI GROSSMAN
Marni launched a career in the film and television industry in 1979 and amassed 25 years of experience, credits and a respected reputation.  In 2003 Grossman traveled to West Africa to photograph a group of drummers and, there, she turned her camera towards the extraordinary she found in ordinary life.  Since then Marni endeavored to become a student of what is elusive and beautiful in the real and the natural.  It is her aim to engage with and photograph what is ephemeral, evolving, endangered, innocent, dangerous and beautiful. Marni photographs not just with her eyes but instinctively from her heart, and with a desire to preserve – in the frame and the landscape – the tenuous magnificence of places where not many people walk. Grossman’s work as a photographer is less about composing the shot and more about becoming a medium for the fleeting canvasses of art she finds around her.
marnigrossman.com 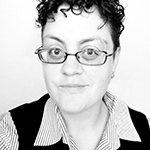 ZÖE GEMELLI
Zoe Gemelli, equal parts writer and photographer, has come full circle in her creative endeavours. After jaunts in the publishing industry in New York City and Boston, she has reclaimed her home in Toronto. Dubbed “Professor” as a child for her captivating stories and incessant need to document everything, she found her medium with her first real camera, a used Nikon FM with a broken light meter. She likes to juxtapose her people against unlikely backdrops, cover paid events like a photojournalist, and make unwilling subjects see their beauty. She will trade photography for good coffee. She is a storyteller.
zoegemelli.com 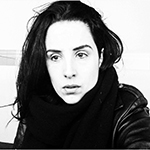 MIKKA GIA
Through her photography, Mikka Gia attempts to strike an evolving relationship between what she sees, how it is captured and the emotions she is to conveying.  She explores, is challenged and excited by the discovery of something unintended.  How light can subtly change the emotional content in a shot, or how a suspended water droplet brings vigour to an image of a boxer rising from the water. She is attracted to the photographic process of transforming a mental vision into something reflective of her reality.  She is moved by her photography and emotionally connected to it. Mikka has shown in Toronto and New York and has participated in group photography exhibitions including the 2010 Great LGBTQ Photo Show at the Leslie-Lohman Museum of Gay and Lesbian Art in New York, NY.
gia.photography

MITCHEL RAPHAEL
From fetish parties to federal parties, 24-hour raves to 24 Sussex, Mitchel Raphael is a cultural ambassador between viewers/readers and subjects when it comes to politics, pop and alternative culture. Mitchel created Sodom, a series of Toronto dance parties (http://www.sodom.ca/). His poster photography for the club night has transformed folks into vampires, superheroes and swimsuit models. For 6.5 years, he was a photographer/columnist with Maclean’s magazine, producing the political scene column Capital Diary. He was Editor-in-Chief of Toronto’s gay magazine fab where he had then-Toronto police chief Julian Fantino to pose with five models as the Village People on the cover. He was a National Post arts/life feature writer from the paper’s inception in 1998 until 2001 where he covered such things as drug cultures, electronic music, pop culture, hip hop, politics and shemales. His York University MA thesis was entitled “Drag Queens, Sissy Boys and a Virus Called HIV.” 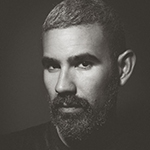 ALEJANDRO SANTIAGO
Born in Puerto Rico and raised in Miami, Alejandro Santiago began his photography career documenting the U.S tour of rock band 311 at the age of 18. With Miami as a backdrop, the multicultural city helped foster a diverse and soulful perspective on life and art. While studying digital design at Parson School of Design in New York city he began his journey of experimenting and studying with photography, lighting and design; the result led to a blend of gritty, street photography, matched with a keen aesthetic eye for form and design. Alejandro brings the studio to the streets playing off landscape and his subjects to tell a story through his lens.  Santiago has work as an assistant on photo shoots for Viva Mac and David Lachapelle. His photographs have appeared in Maclean’s Magazine, Photo District News, The Globe & Mail, The Miami New Times, Now Magazine, The Grid and fab. In 2012, Santiago was awarded Photo District News’ “The Shot” competition for his photos of Toronto’s Caribana festival. He won Adorama’s Best Shot of 2012 for his image “Crossing Queen’s Quay”.  Santiago currently divides his life & work between Miami & Toronto.
alejandrosantiagophotography.com