ADAMO DE PAX
Pax Adamo De Pax was born and raised in Ottawa, Canada where he earned his undergraduate degree in Criminology from the University of Ottawa. Shortly after, he decided to turn his long time love for photography into a career, taking him to Toronto. His award winning work has been published in fashion and beauty magazines in both North America and Europe.
adamodepax.com

GUNTAR KRAVIS
Guntar Kravis is a Toronto-based visual artist working in photography, video, installation and performance. His work has been shown and collected in Canada, the US and Europe. Between Time, a short film Guntar co-directed, was included in the Court Metrage at the 2011 Cannes Film Festival.
guntarkravis 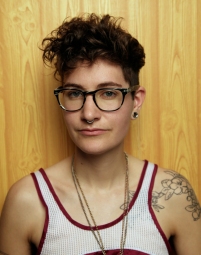 JJ LEVINE
JJ Levine is a Montreal-based queer and transgender artist who works in intimate portraiture. Levine received a BFA in Photography and Interdisciplinary Studies in Sexuality from Concordia University. Levine’s photography explores issues surrounding gender, sexuality, self-identity, and queer space. Levine’s work has been exhibited at artist-run centres, and commercial galleries across Canada, the United States, and Europe.  As well, Levine has guest lectured in Universities and been featured in Gender Studies Journals, and Art Photography Magazines in both Canada and the Netherlands.  Levine’s artistic practice balances a political agenda with a strong formal aesthetic.
jjlevine.ca 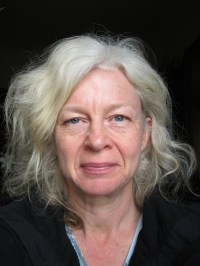 SUE LLOYD
Sue Lloyd is a Toronto-based visual artist. She works in photography, constructed images and with appropriated visual material. Her work has been exhibited nationally, including at Presentation House, Kamloops Art Gallery and Platform Gallery. She has an MFA from York University and teaches in the Visual Arts Program at University of Toronto.
sue.lloyd.54

JOHN MONTEITH
John Monteith graduated in 2008 from the MFA program at Parsons the New School for Design. John exacts a unique way of perceiving experience, memory and the self in global space. Encountering his work results in a consuming collision between the viewer and the depicted subject. Exhibiting internationally his paintings, drawings
and collaborative projects have been shown at the Tate Modern, X Initiative, PS 1, and the DUMBO Arts Center in New York. John is represented in Canada by O’Born Contemporary.
john-monteith.com

RENEE NAVARRO
Renee Navarro is a part time professional photographer & full time creative mind. Her photos are an ever-evolving view of the world around her. Working in both film & digital formats, her work provides a view of our every day surroundings from a different perspective. Renee loves tattoos, monkeys and bacon.
35mmmonkey

ALEX NURSALL
Alex Nursall is a photographer and illustrator based out of Toronto. She’s a graduate of the University of Toronto’s Visual Studies and English programs, meaning that she can write a mean essay on Baroque painting and its impact on literature at the time (but not much else). She is a budding photographer, standup comedian, and radio host, which make for an awkward combination sometimes.
alexnursall 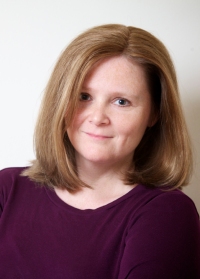 ALYSON SCOTT
Allyson Scott was raised in Winnipeg, where picking up her first Polaroid camera at age 10 ignited her passion for photography.  After completing her degree in photography at Ryerson, Allyson has worked for many years as an editor and freelance photographer, with recent images being published in the Toronto Star and by the LCBO.  When not working or traveling, Allyson can be found exploring the city with her camera, her two dogs and her lovely wife of one year, Jody.
allysonscott.com 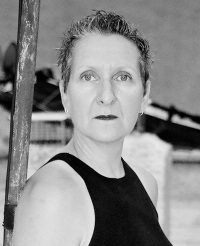 SONJA SCHARF
Sonja Scharf has been making images since 1982, after borrowing a friends point and shoot camera. She began her formal education in 1988 at The Northern Alberta Institute of Technology in Edmonton, where she completed a two-year professional photography program. After graduating her focus was fashion and commercial work, however her photographic interests soon evolved to explore her artistic practice within the realm of fine art photography. Since 2000 Sonja has devoted herself to creating art and has been actively exhibiting her work in galleries and other public venues.
akashaart.com