VERO DIAZ
Vero Diaz is an artist and a medicine womxn from multiple blood streams of Indigenous Nations from Turtle Island, Anahuac, and Abya Yala. She works with photography as a Codice (Codex); as living text and mnemonic device for Indigenous Futurisms. Photographs act as living images suspended in time for any one to witness and activate. Her desire is to co-create moments of stillness that are both timeless and time full.
verodiaz.com 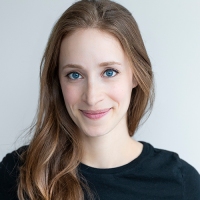 KATHERINE FOGLER
Katherine Fogler works in front and behind the camera as both an actor and a photographer. As an actor, she has appeared in many national commercials, theatre productions and films. Most recently, she can be seen as the lead role in the feature film “The Dancing Dogs of Dombrova”, and in the TV series “Suits” on USA Network. As a photographer, Katherine specializes in headshots, family portraits, and special events, and has been published in numerous publications including The Globe and Mail, Toronto Star, Now Magazine, and Post City newspapers.
katherinefoglerphotography.com 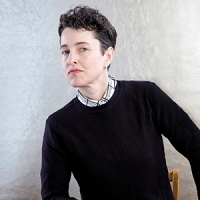 Originally from Halifax, now living in Toronto, Janet specializes in photographing architecture and interior design. With numerous advertising awards, and three Juno nominations, Janet has a well honed eye for visually communicating ideas and a keen attention to detail.
janetkimber.com

MCKENZIE JAMES
McKenzie James is an African-Canadian photographer with over twenty years of industry experience. For years, McKenzie believed that fashion photography was his calling, however currently, you can find him in a myriad of studios across the city of Toronto, perfecting his intricate love of portraiture. Drawn to creating classic black and white portraits, McKenzie tells a hauntingly beautiful story of the human experience with every capture.
mckenziejames.com

LIAM LIGHT
Liam Light is a Toronto-based photographer, who explores the intimacy of the male portrait through the prism of water. With this newest series, WET, Light
seeks to wash away the superficial layers we use to identify one another and expose his subjects’ raw inner beauty. His book of artistic nudes, The Art of Vulnerability, will be released through Amazon this fall.
Liam Light 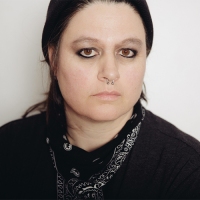 VERONIQUE SOUCY
Véronique is a musician, photographer, and videographer. As a musician she toured around the world as the bassist of legendary Montréal electronic rock juggernaut, Lesbians On Ecstasy. Doing time in the music scene has given her an eye for the action, and her unique style lends life and drama to her diverse body of work. In recent years she had the opportunity to shoot live bands such as Atari Teenage Riot, Girlschool, Against Me, The Dammed, PJ Harvey, and Hasna El Becharia. Currently she is lending her eye as a videographer for Centre Never Apart, a non-profit organization in Montreal.
veroniquemystique.com 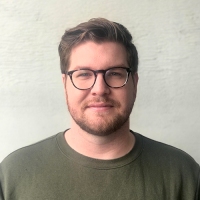 TYLER TALBOT
As an Environmental Visual Communications graduate, Tyler has traveled to Quito, Ecuador as an aspiring conservation photographer and has worked with other conservation photographers including Pete Oxford. Based in Toronto, Ontario, Tyler has previously worked as the photographer and videographer for the Pine Project and likes to spend his days in the woods, using his photos to bring nature and the human connection to life. He has also recently worked with ACT (AIDS Committee of Toronto) for their annual report, AIDS Walk and SNAP Photographic Art Auction & Gala Evening, and worked with RuPaul’s Drag Race winner Aquaria.
prince.of.nature

ANGEL TORRES
Angel Torres has been shooting for arts and business publications in Toronto while creatively exploring portraiture, nature and urban landscapes. His work appears in Toronto’s corporate, art, LGBTQ and media sectors and he has exhibited in Germany. As an independent hands-on entrepreneur, he balances community charity with a fearless pursuit for constant improvement to benefit a dynamic, eclectic clientele. Collaborating with the LatinX community, they’re bringing awareness to the contentious issue of gun violence in Torres’ 10X10 selection.
archangeldesign.ca

BRIAN WILSON
Brian Wilson is a Toronto based photographer who draws visual inspiration from art and pop culture, helping him craft and compose authentic lifestyle and portraiture shots. He documents candid life moments that resonates with the viewer, providing an intimate look through his eyes as a creator. When he isn’t behind the camera, Brian prides himself in working with photographers and advocating on their behalf to help accelerate their career in the industry. He has worked behind the scenes in Photography Production as a Producer for a number of years, defining himself as a seasoned pro with the ins and outs of the commercial photography universe.
thebrianwilson.ca 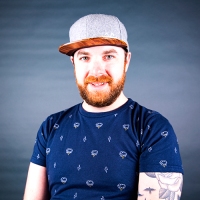 WILL WILSON
Will Wilson is a Toronto-based photographer and videographer. He is a passionate, visual communicator with a keen eye for authenticity as captured by the lens. He recently returned to school and graduated with honors at George Brown College from the Media Foundations program. Will is an avid traveler and loves to focus on the candor that people bring to a shoot. He has worked in the commercial video production sector for a decade in various capacities, now adding his authentic edge to his art to share.
willwilsonphotography.com